Just added to your cart

"You Can Floss This REAL Iced Cross... FOR THE LOW"

From: Jollay The Jeweler

Most people believe real jewelry is supposed to be real expensive... (Do you?)

But what if you can actually flex real jewelry for the low?

But forget everything you've been told about real jewelry!

ONE secret "Big Diamond" doesn't want you to know... That CHANGES everything.

I'm Jollay The Jeweler. You might've heard about me.

I'm the jeweler, jewelers don't want you to know.

Why? Well, to make a long story short:

A few years ago I was doing what you're doing right now. (Shopping for some drip) I always wanted some real drip, so I could show these haters that while they're busy hating, I was grinding.

I hit the jeweler. Cashed out with $2500 dollars, and got a Vs diamond pendant with a chain.

But when I pulled up with it...

Everybody thought it was fake!

Even I did... Because it barely hit. The diamonds were dull (even though it was Vs)...

But I knew it was real, because we tested it at the jewelers, when I went to return it.

But when I tried to get my money back–That was when the jeweler told me the truth...

He said he can only give me $400 back for the chain, "Because that's all the golds worth"

I remember he said:

"Son a solid rock like this aint even worth anything, best I can do is $400" He said while holding an expensive diamond ring...

So I was out. Didn't return my chains...

I thought he was just trying to finesse me, but when I did some research, I realized:

He was telling the truth.

And that's how I discovered the ONE secret "Big Diamond" doesn't want you to know... (That changes everything):

I know that might sound crazy, but it's true.

Let me tell you the truth about diamonds:

And While Most Jewelers WON'T Tell You This–I Will!

Diamonds aren't the ONLY thing real jewelry can be iced with.

There are BETTER gem stones out here... That aren't a scam... And SHINE HARDER.

After realizing diamonds are a scam, that was when I got a call from an old friend (we will call him Mr. X).

Mr. X told me about these NEW real gem stones that shine harder than diamonds...

They're made up of zirconium oxide, magnesium and calcium.

I couldn't believe these stones could be better than diamonds, but when I saw them...

I Couldn't Believe My Eyes

I was staring at the two pieces to see if they really did it! (The lion piece I had and a cross made with these new stones)

And there was a HUGE difference…

They weren't even similar…

These NEW gem stones hit WAAAY harder than the vs diamonds on the lion pendant!

When I saw these gem stones, I realized it does not matter if they’re not diamonds, and that I could flex REAL jewelry, that's FIRE, without getting finessed on diamonds, or people thinking my jewelry is fake!

Fuck diamonds. These gems are way more fire!... (and they’re not a scam like diamonds).

I got a piece made with these stones...

Everybody that thought my jewelry was fake, now knew it was real!

That was years ago...

A lot of jewelers don't like what I'm doing but it's allowing ballers like you, flex real jewelry, without getting finessed on diamonds!

This piece is not iced with diamonds...

It's iced with these new gem stones (the names being trademarked).

I guarantee them to shine harder than diamonds, or 100% your money back...

Why spend thousands of dollars on real jewelry?... When I can give you real jewelry for the low?... (AND guarantee it SHINES harder)?

Want To Drip With This ASAP?

You can! Just order today, and you'll be flexing with it... ASAP.

It's not custom made. And it WON'T take months to deliver from China.

This is READY to ship from the USA.

I use USPS first class mail... It only takes three days to deliver. Order by the end of the day and I'll ship it out on the NEXT business day, and you'll be flexing on them a few days later!

You Ready To Flex With REAL Jewelry?

Because NOTHINGS fake about my jewelry... It's handmade by a team of experienced jewelers, each with their own specialty!

Every stone is hand-selected under a jewelers loupe by a trained eye... To be flawless and colorless. Find a cloud, and you can get a refund.

Want To Flex REAL Gold?... WithOUT The Price?

When I got into the jewelry game, I realized it's possible.

Get this, and you'll be rocking the real gold look! This is shined and polished--shine on them with the crazy mirror like luster.

This is NOT the same as that gold plated jewelry you'll find at the mall. That stuff is painted in fake gold colored paint, so it looks cheesy, and fake.

Get this instead and...

Everybody will see you have THAT real gold look because it is real gold!

It has THAT FIRE luster. The light golden, elite look...

The finish lasts years - You get the same look without the price...

Oh, and... If you're NOT allergic to real gold, then this WON'T TURN YOUR SKIN GREEN.

And, YES. This is REAL YELLOW GOLD. You get the SAME LOOK.

It does NOT matter that it's not pure gold jewelry... It's still real.

If not being pure gold makes jewelry fake... Then what about solid 14k gold?

Same with this. It doesn't matter that its LESS REAL gold... It's still REAL gold.

MY jewelry is no different. It's dipped in REAL melted gold (the natural metal).

It's NOT gold color paint that is cheesy and obviously fake like the stuff you'll find at the mall.

If you're smart, then you know there is no real answer to that.

You'd be paying for jewelers mark up on the gold THAT NO ONE'S GONNA SEE!

Instead you could just cop this and...

Start Shining The Hardest With This REAL Drip... The ONLY Drip Iced With These NEW Gem Stones Guaranteed To Shine Harder Than Diamonds!

You ready for that? Just Imagine...

Pulling up like a boss in jewelry iced (by hand) with these NEW exotic gem stones...

They're made by melting a secret blend of zirconium oxide, magnesium, and calcium at 5000 degrees Fahrenheit. (The name is being trademarked)

These are NOT those fake plastic, glass, lab or simulated diamonds...

Those fake diamonds are great for a halloween costume or budget ballers... But they're not a real status symbol like my jewelry (in my opinion).

Want To Drip Harder Than Everybody?...Even If They Cashed Out Harder?

Think about it... For less than a $500, you could be dripping harder than somebody that spent $10k!

Now someone once tried to tell me...

"THEY'RE NOT DIAMONDS, SO THEY MUST BE FAKE!"

Anyway, this is what I told them:

My jewelry is iced with a DIFFERENT stone. Just because they're not diamonds does not mean they're fake.

It just means they're a different stone...

If being a diamond makes the stone real, then what about rubies and emeralds? Those aren't fake (and neither are these).

And how could better be fake??

ANYWAY, YOU CAN THINK THAT IF YOU WANT, BUT YOU'RE MISSING OUT!

Hundreds of my clients and I think they shine harder.

And that's why I guarantee them to shine harder than diamonds or your money back.

(I couldn't do this if everybody thought diamonds shined harder)

Here's how it works:

And if you think the diamonds shine harder you can get a full refund. No questions asked. I won't ask you to prove it, or any questions.

If you're like all my clients, then you'll see my exotic gem stones shining harder... And you'll have a chain more fire than somebody that cashed out more!

For example, it doesn't matter if:

-Or just need your money back

My philosophy is if you don't like my jewelry, then I don't deserve your money.

Just contact me within 14 days after delivery. You'll be sent a return label, send it back in ANY condition (for ANY reason)...

Once it's delivered, you'll get the refund notification, and the money will be back in your bank account a week later. (Returns, refunds, and exchanges are fast & free)

Then join hundreds of my clients, all flexing on them with my drip...ASAP.

Sound Good? Well, That's NOT All!

I also give everybody a ONE YEAR WARRANTY. Meaning if stones fall out, or it fades at all... even if it's a little scratched. I'll replace it for you, for free.

What Are Others Saying?

Reviews are from my other pendants, and not just this one... Hundreds more reviews on my IG highlights @jollaythejeweler 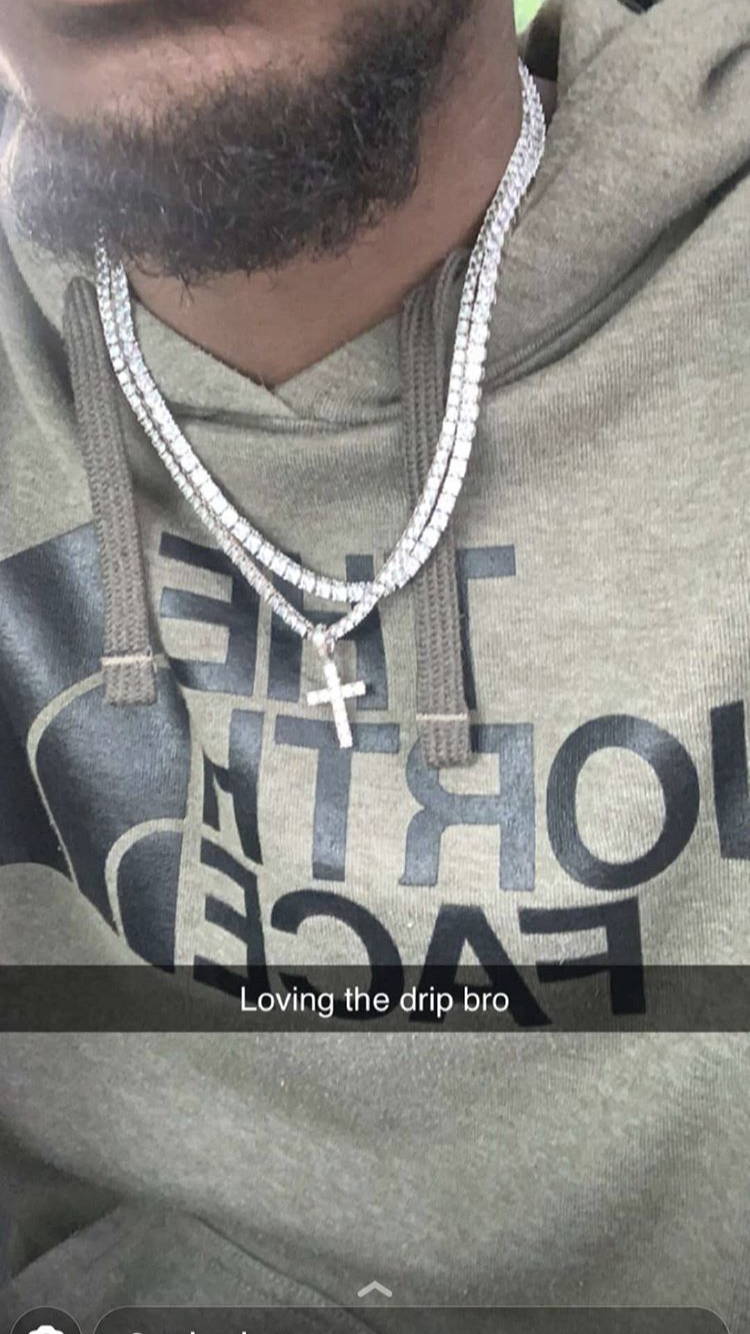 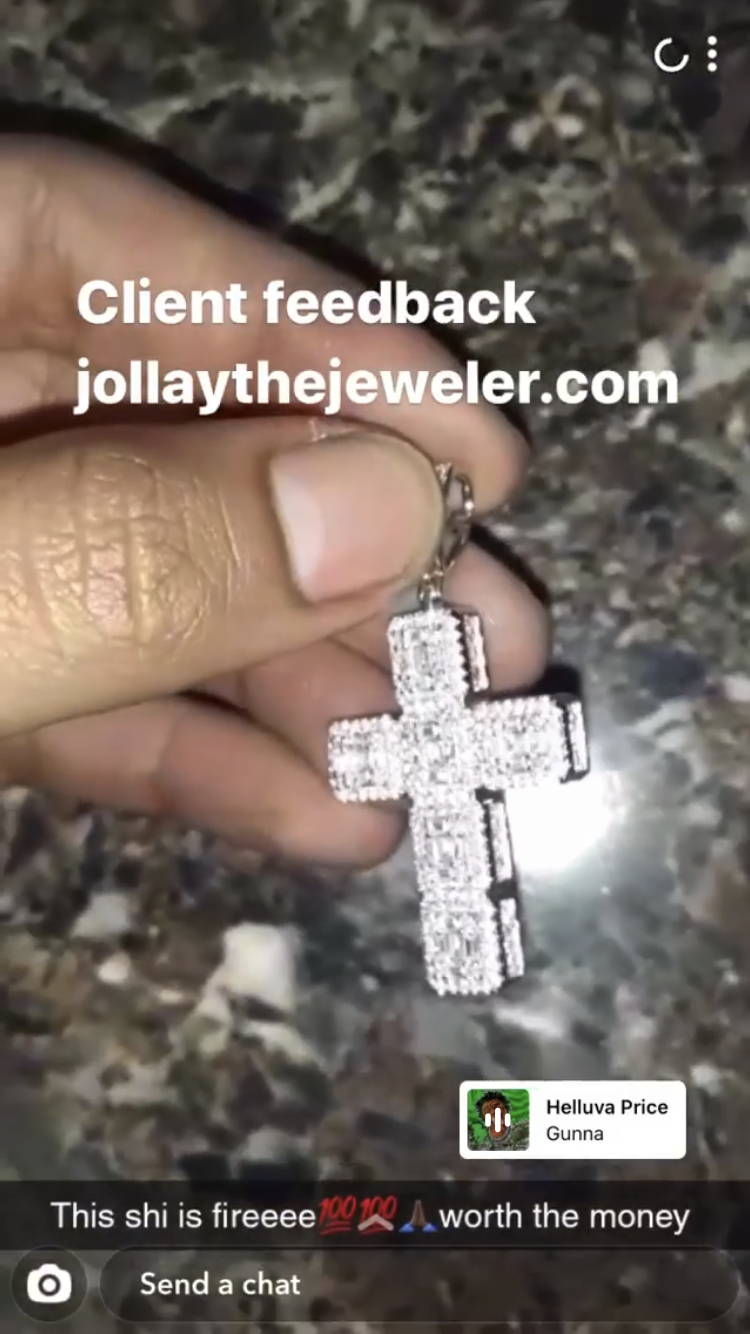 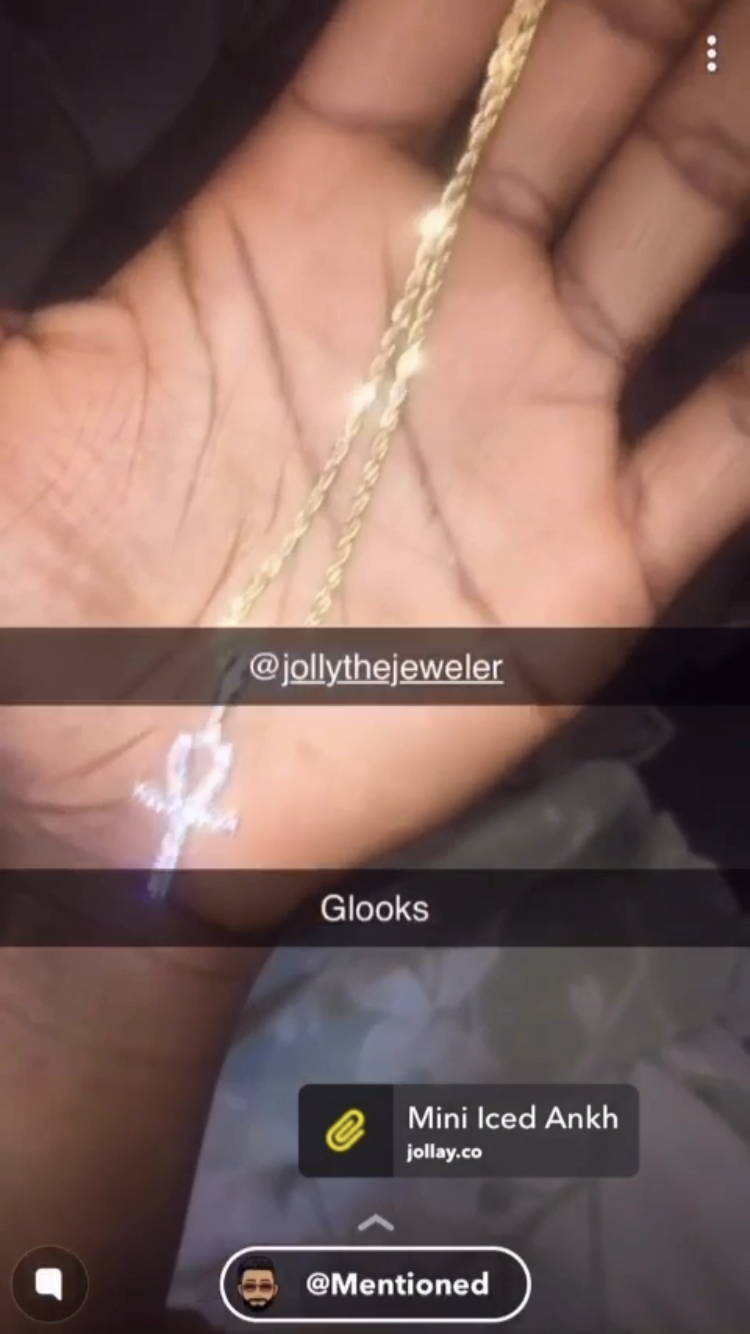 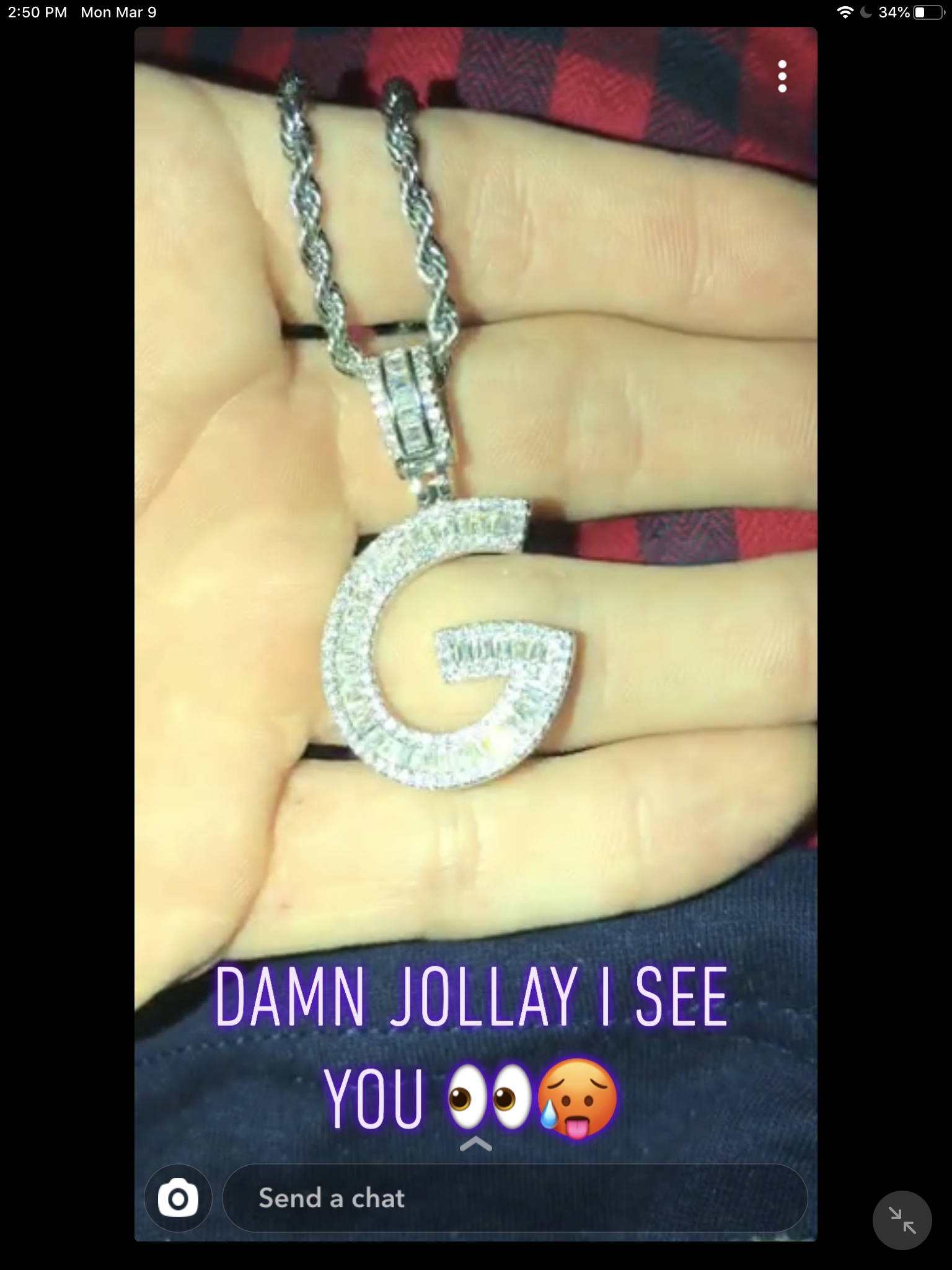 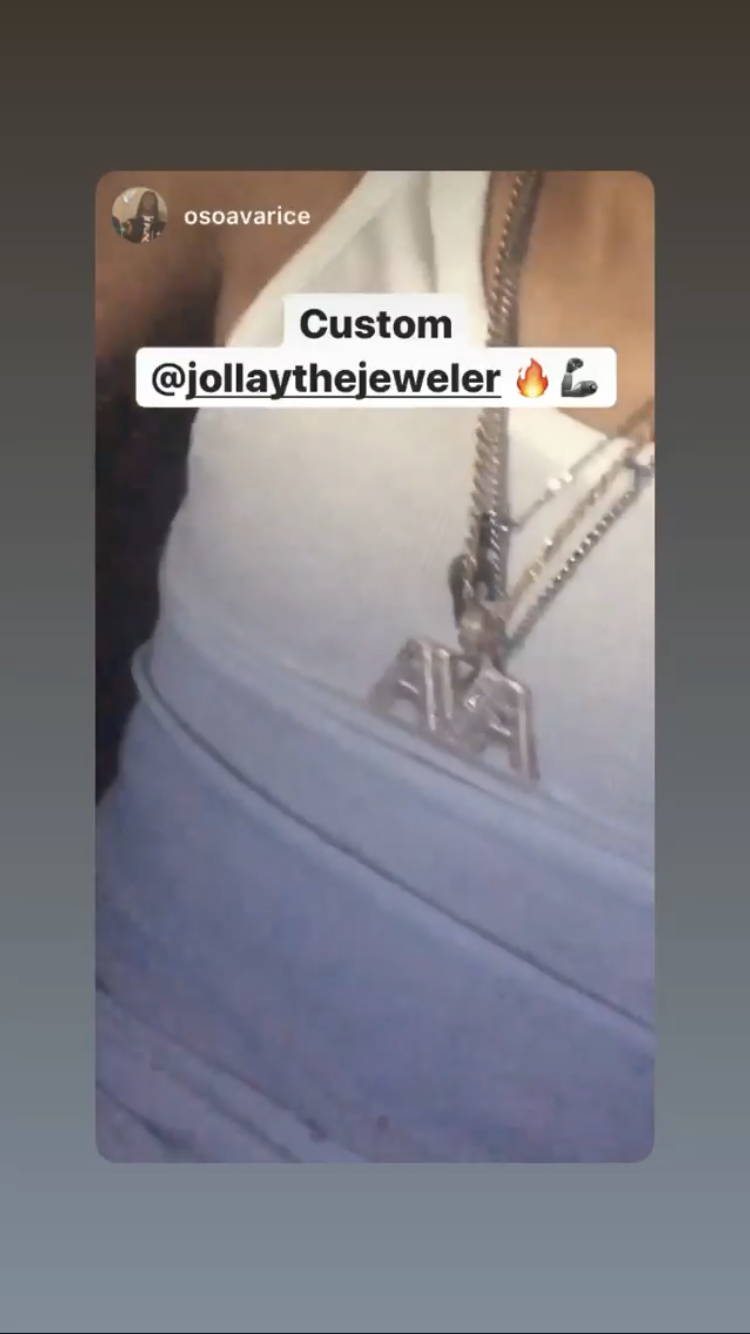 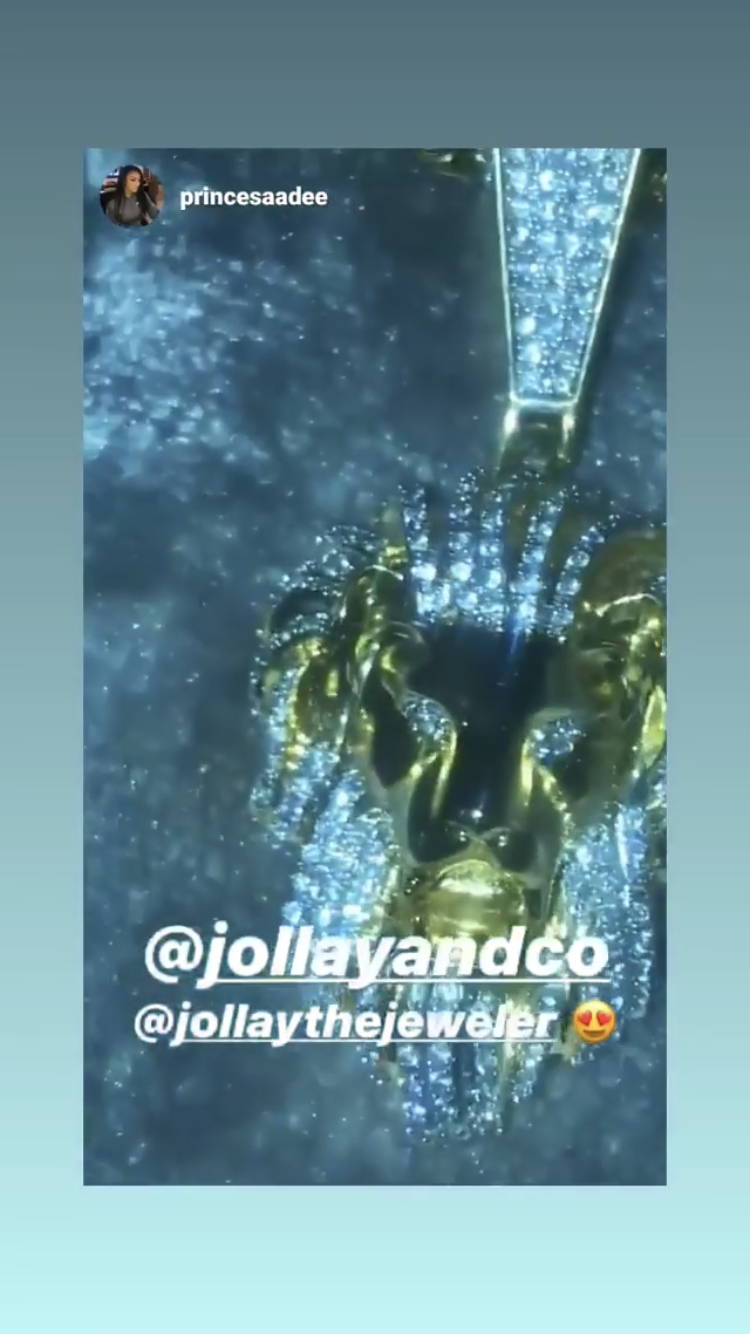 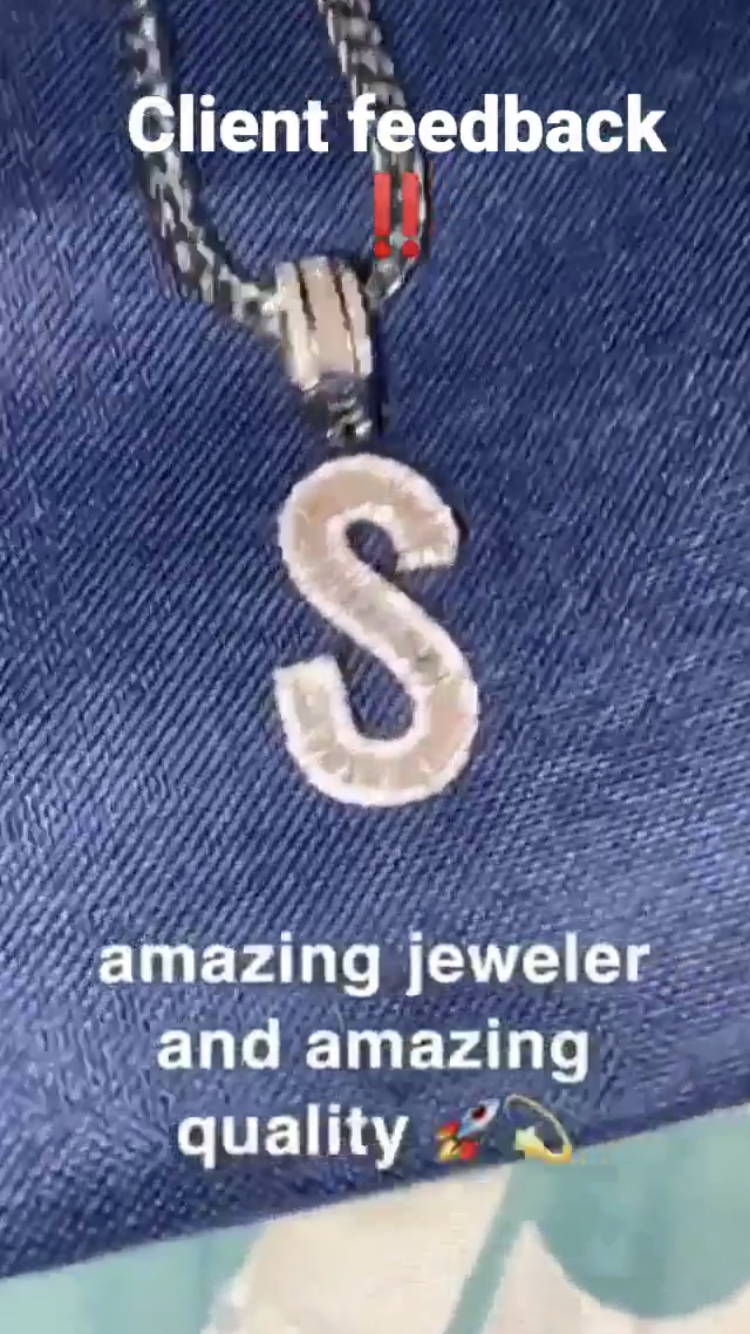 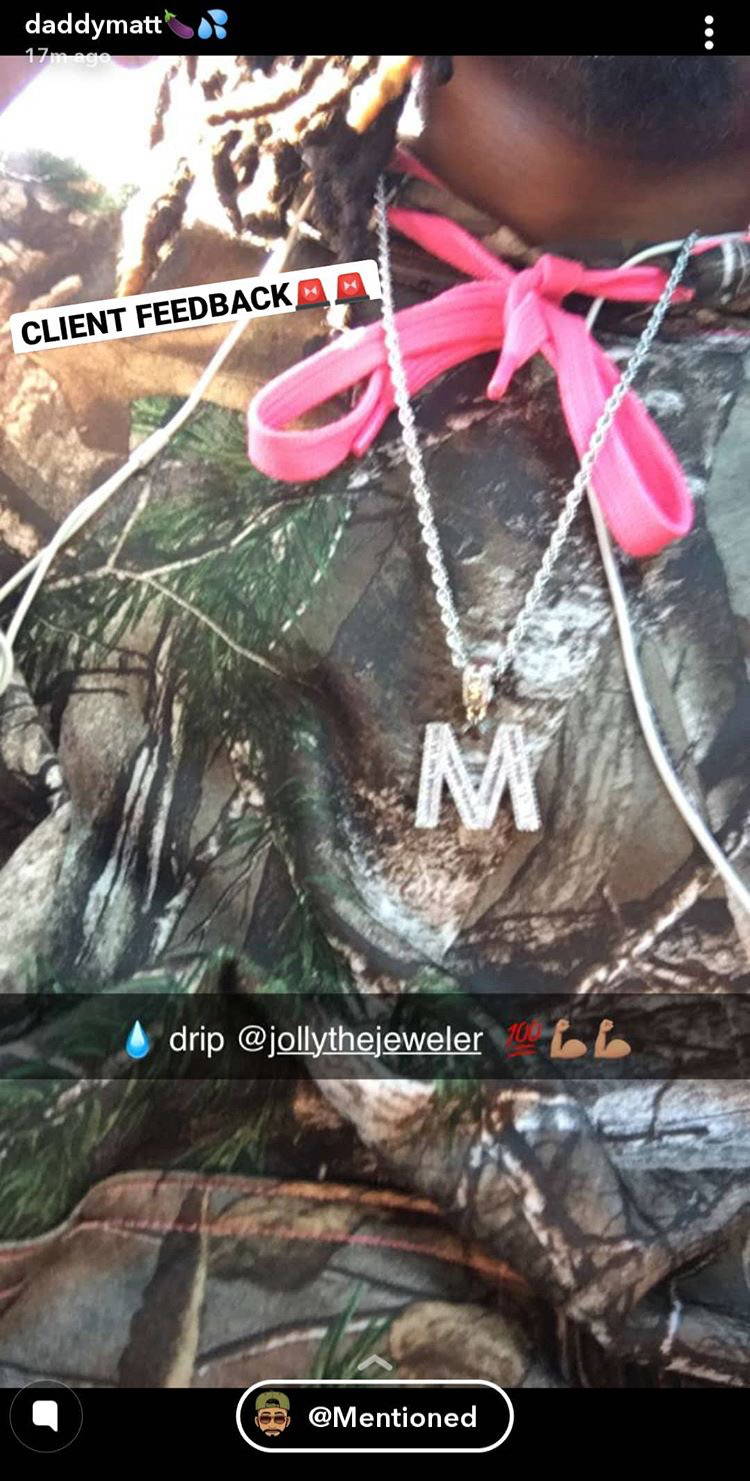 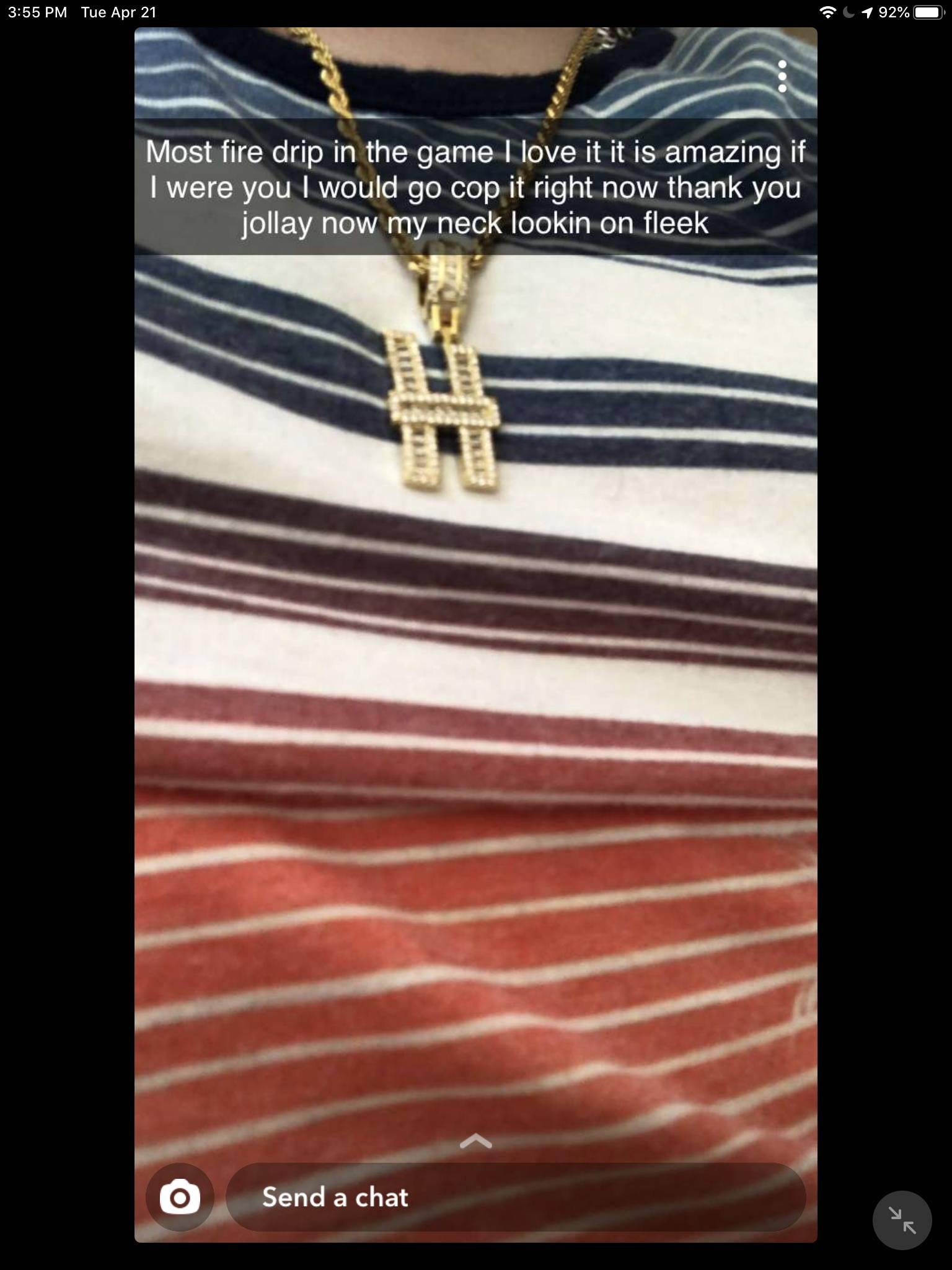 There Is NO Catch!

You won't be charged monthly. Just a one time payment...

Delivery is fast (and your drip won't get lossed)...

No questions asked returns MEANS no questions asked... (And you'll get 100% of your money back if you want). There is NO RESTOCKING fee! (Returns/exchanges are FAST & FREE)...

You even get a full ONE year warranty...

BUT, There Is NOT An Unlimited Supply of My Drip...

I don't just have a million of these laying around...

I'm not saying you'll come back here tomorrow an it'll be gone...

I just can't promise that it will be here tomorrow.

P.S. Here's the deal... This real iced Cross is less than a hundreds bucks!

If you order by the end of the day, then it will ship on the next business day with USPS first class priority mail (which only takes 3 days to deliver).

If you're unhappy with my drip for ANY reason, then just contact me. I'll send you a return label, and you can send it back in ANY condition for a full refund.

It also comes with a full ONE year warranty. Meaning if stones fall out, or it fades at all... even if it's a little scratched. I'll replace it for you, for free.

Not Ready To Drip?